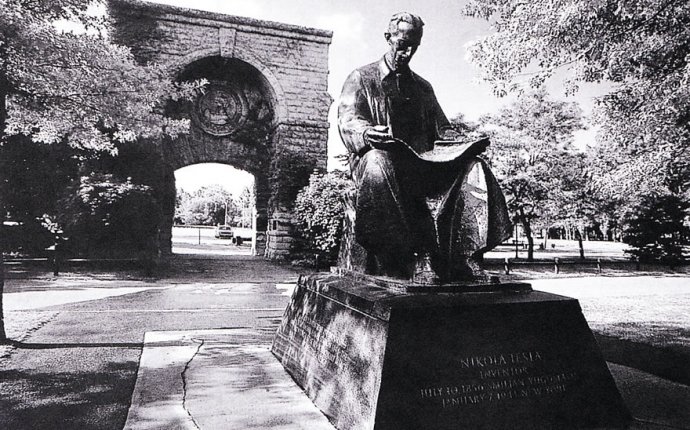 While the mythology that currently surrounds Nikola Tesla does contain a lot of very fanciful elements, there’s no doubt that the man had a mind that was well suited towards the creation of technological “marvels.”

The man has certainly left his mark on the world of modern technology — which is no doubt the reason that Elon Musk and others took inspiration from him when they were coming up with a name for the electric-vehicle startup Tesla Motors (which has now blown up to become a notable player in the car market).

But how much, exactly, did Nikola Tesla actually have to do with the development of the technology of electric cars? For sure, he developed the AC induction motor (concurrently, and independently from, Galileo Ferraris, who also “invented” the technology). But was there a lot more to it? Given some of the more fanciful stories out there (largely originating in biographies of the man written long after his death), you may be under any numbers of “interesting” impressions….

One of the more persistent of these stories is the one that puts forward the idea that Nikola Tesla created an electric car (a modified Pierce-Arrow) that could be charged wirelessly, and without any need for a battery.

The story, sometimes referred to as the “Nikola Tesla electric car hoax, ” makes the claim that the modified Pierce-Arrow was “driven for about 50 miles at speeds of up to 90 mph during an eight-day period” — something that would certainly be amazing if there was truth to it. Unfortunately…

There’s absolutely no evidence (none at all) that such a car or technology ever existed.

The first mention of this modified car, as contributors to Wikipedia currently state, appears to have been made by “a Peter Savo (who claimed to be a nephew of Tesla), to one Derek Ahers, with the date September 16, 1967. Savo said that Tesla took him to Buffalo, New York, in 1931 and showed him a modified Pierce-Arrow automobile.”

Nikola Tesla’s actual grandnephew, William Terbo, has in the past made the comment that Nikola “did not have a nephew by the name of Peter Savo.”

So, where does that leave us? With a rather vague story, that doesn’t necessarily date back any earlier than 1967 (interesting date…), that involves technologies that sound too good to be true.

I guess that what we’re left with is a story that, to me, feels like a secular version of a “miracle tale” — maybe a bit like cheap fusion power, or too-cheap-to-meter electricity from nuclear fission. Not to say that all stories that sound “too good to be true, ” or very strange, are necessarily false… There is, after all, a subspecies of chimpanzee that actually hunts and eats lions.

Anyways, for those who still have an interest in the story, here’s most of the remaining details of interest (via Wikipedia):

Tesla, according to the story, had the stock gasoline engine removed and replaced with a brushless AC electric motor. The motor was said to have been run by a “cosmic energy power receiver” consisting of a box measuring about 25 inches long by 10 inches wide by 6 inches high, containing 12 radio vacuum tubes and connected to a 6-foot-long (1.8 m) antenna. The car was said to have been driven for about 50 miles at speeds of up to 90 mph during an eight-day period.