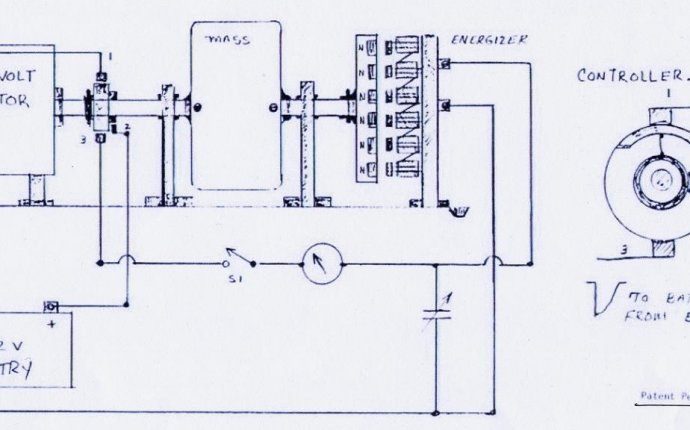 At the turn of the last century, a prolific inventor registered patents for a revolutionary energy device designed to convert natural cosmic energy into electricity. Nikola Tesla was born in Serbia in 1956 and emigrated to the U. S. in 1884. There, he started out working for fellow inventor Thomas Edison, and before long, Tesla established his own companies and labs where he developed the prototypes for technologies still in service today. Among these are the AC induction motor and transformer, early X-ray technology and a steam-powered oscillator. During his lifetime, the inventor registered more than 700 patents for his cutting-edge concepts.

Apparatus for the Utilization of Radiant Energy

Nikola Tesla obtained two patents for his radiant energy device in 1901. According to the inventor, the sun emits positively charged radiant energy, and the earth harbors negatively charged energy. When these two forces come together, they create a powerful cosmic force.

He designed his device to access this power and convert it into electricity. With this unlimited source of universal energy, which could be transmitted by wire or wirelessly throughout the planet, Tesla proposed to eliminate the need for gas, oil, coal and any other fuel for powering the industrial world.

Tesla’s “free energy device” accessed this unlimited source of energy with an antenna that was wired to one side of a capacitor and a ground wire placed into the earth that was wired to the other side. The positive solar radiation and the negative ground charge came together to create energy.

By adding a switching unit that allowed the capacitor to discharge stored energy at set intervals, Tesla created an oscillating output of power in the form of alternating current (AC), a type of electricity not yet in popular usage. Once the oscillation started, it would require a minute expenditure of power to remain in motion, making Tesla’s device extremely energy efficient.

Tesla recognized the inefficiency of the Edison direct current (DC) model, which was ubiquitous in American industry during his era. Direct current could only travel about 2 miles from generator to end-user due to its voltage limitations. This required a multitude of power stations to supply adequate electricity. While DC flows in a continuous line, AC switches direction up to 60 times per second, allowing far greater electric capacity and travel across longer distances with minimal power loss.

Why the Radiant Energy Device Never Reached the Mainstream

During his time, Tesla was called “the Modern Miracle-Worker” who is “Harnessing the Rays of the Sun, has Discovered Ways of Transmitting Power without Wires and of Seeing by Telephone; has Invented a Means of Employing Electricity as a Fertiliser; and, Finally, is Able to Manufacture Artificial Daylight”. There were many eyewitness to Tesla’s demonstations of “harnessing the rays of sun” who confirmed that he was able to deliver free electricity.

Historians speculate that U.S. political influence, driven by industrialists who wished to preserve the direct current status quo, doomed Tesla’s Radiant Energy Apparatus to obscurity for the next 100 years. The powerful fossil fuel industry and its investors also balked at the inventor’s boast that his device would replace all forms of energy in use at the time. Therefore, Tesla’s device remained untested in actual use. Speculation and controversy continue to shroud the great inventor’s brainchild, even as renewed enthusiasm celebrates his avant-garde vision.

Green Power for Household Use

A resurgence of interest in the 20th century inventor is driving the adaption of Tesla’s device for residential uses. Plans are available online that guide adventurous do-it-yourselfers in building these devices for less than $100 in materials. Promoters estimate that the use of a Tesla’s device saves between 60 and 100 percent of customary energy costs at home, at the office or in off-the-grid locations.