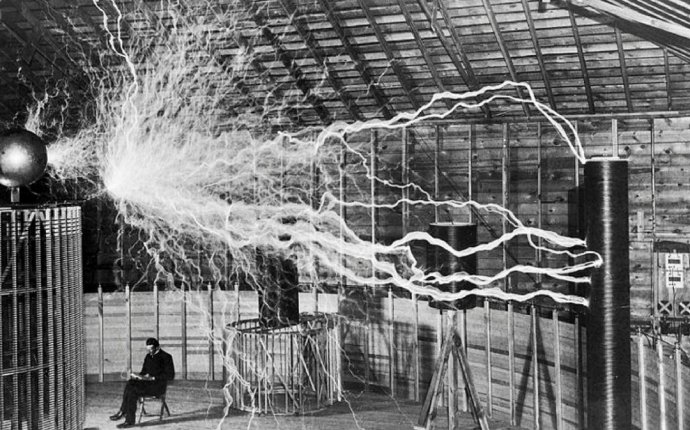 Nikola Tesla was born in 1856 in Smiljan Lika, Croatia. He was the son of a Serbian Orthodox clergyman. Tesla studied engineering at the Austrian Polytechnic School. He worked as an electrical engineer in Budapest and later emigrated to the United States in 1884 to work at the Edison Machine Works. He died in New York City on January 7, 1943.

During his lifetime, Tesla invented fluorescent lighting, the Tesla induction motor, the Tesla coil, and developed the alternating current (AC) electrical supply system that included a motor and transformer, and 3-phase electricity.

Tesla is now credited with inventing the modern radio as well; since the Supreme Court overturned Guglielmo Marconi's patent in 1943 in favor of Nikola Tesla's earlier patents. When an engineer (Otis Pond) once said to Tesla, "Looks as if Marconi got the jump on you" regarding Marconi's radio system, Tesla replied, "Marconi is a good fellow. Let him continue. He is using seventeen of my patents."

The Tesla coil, invented in 1891, is still used in radio and television sets and other electronic equipment.

Ten years after patenting a successful method for producing alternating current, Nikola Tesla claimed the invention of an electrical generator that would not consume any fuel. This invention has been lost to the public. Tesla stated about his invention that he had harnessed the cosmic rays and caused them to operate a motive device.

In total, Nikola Telsa was granted more than one hundred patents and invented countless unpatented inventions.

In 1885, George Westinghouse, head of the Westinghouse Electric Company, bought the patent rights to Tesla's system of dynamos, transformers and motors. Westinghouse used Tesla's alternating current system to light the World's Columbian Exposition of 1893 in Chicago.

Nikola Tesla was Thomas Edison's rival at the end of the 19th century. In fact, he was more famous than Edison throughout the 1890's. His invention of polyphase electric power earned him worldwide fame and fortune. At his zenith, he was an intimate of poets and scientists, industrialists and financiers. Yet Tesla died destitute, having lost both his fortune and scientific reputation. During his fall from notoriety to obscurity, Tesla created a legacy of genuine invention and prophecy that still fascinates today.