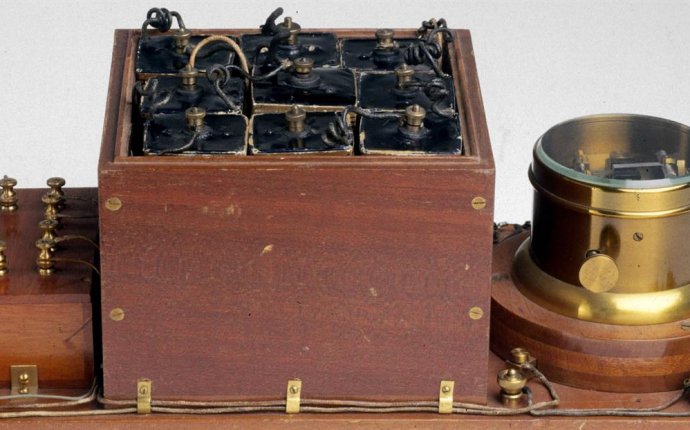 With his newly created Tesla coils, the inventor soon discovered that he could transmit and receive powerful radio signals when they were tuned to resonate at the same frequency. When a coil is tuned to a signal of a particular frequency, it literally magnifies the incoming electrical energy through resonant action. By early 1895, Tesla was ready to transmit a signal 50 miles to West Point, New York... But in that same year, disaster struck. A building fire consumed Tesla's lab, destroying his work.

The timing could not have been worse. In England, a young Italian experimenter named Guglielmo Marconi had been hard at work building a device for wireless telegraphy. The young Marconi had taken out the first wireless telegraphy patent in England in 1896. His device had only a two-circuit system, which some said could not transmit "across a pond." Later Marconi set up long-distance demonstrations, using a Tesla oscillator to transmit the signals across the English Channel.

Many of the claims are not patentable over Tesla patent numbers 645, 576 and 649, 621, of record, the amendment to overcome said references as well as Marconi's pretended ignorance of the nature of a "Tesla oscillator" being little short of absurd... the term "Tesla oscillator" has become a household word on both continents [Europe and North America].

But no patent is truly safe, as Tesla's career demonstrates. In 1900, the Marconi Wireless Telegraph Company, Ltd. began thriving in the stock marketsdue primarily to Marconi's family connections with English aristocracy. British Marconi stock soared from $3 to $22 per share and the glamorous young Italian nobleman was internationally acclaimed. Both Edison and Andrew Carnegie invested in Marconi and Edison became a consulting engineer of American Marconi. Then, on December 12, 1901, Marconi for the first time transmitted and received signals across the Atlantic Ocean.

Otis Pond, an engineer then working for Tesla, said, "Looks as if Marconi got the jump on you." Tesla replied, "Marconi is a good fellow. Let him continue. He is using seventeen of my patents."

But Tesla's calm confidence was shattered in 1904, when the U.S. Patent Office suddenly and surprisingly reversed its previous decisions and gave Marconi a patent for the invention of radio. The reasons for this have never been fully explained, but the powerful financial backing for Marconi in the United States suggests one possible explanation.

Tesla was embroiled in other problems at the time, but when Marconi won the Nobel Prize in 1911, Tesla was furious. He sued the Marconi Company for infringement in 1915, but was in no financial condition to litigate a case against a major corporation. It wasn't until 1943a few months after Tesla's death that the U.S. Supreme Court upheld Tesla's radio patent number 645, 576. The Court had a selfish reason for doing so. The Marconi Company was suing the United States Government for use of its patents in World War I. The Court simply avoided the action by restoring the priority of Tesla's patent over Marconi.