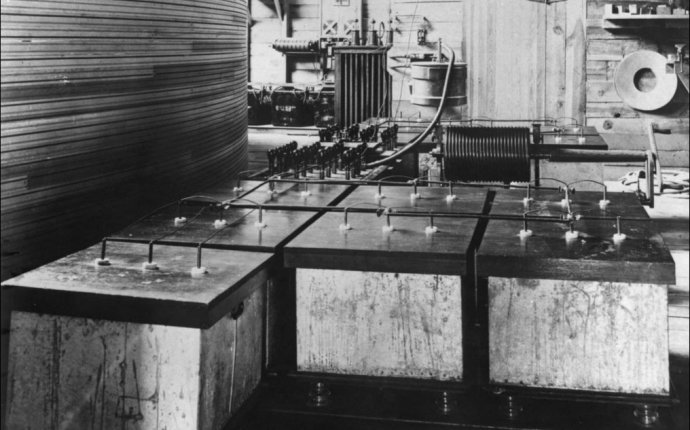 To investigate the electrical realm of high-frequency and high-voltage, Tesla invented an apparatus that pushed the limits of electrical understanding. None of the circuit's typical components were unknown at the time, but its design and operation together achieved unique resultsnot the least because of Tesla's masterful refinements in construction of key elements, most particularly of a special transformer, or coil, which is at the heart of the circuit's performance.

Such a device first appeared in Tesla's US patent No. 454, 622 (1891), for use in new, more efficient lighting systems. In its basic form, the circuit calls for a power supply, a large capacitor, the coil (transformer) itself, and adjustable spark-gap electrodes. Why these components, and what do they accomplish?

Capacitors (or condensers) and inductors (or coils) are, electrically speaking, somewhat opposite in operation. Whereas current builds quickly in a capacitor as it charges up, voltage lags. In an inductor, voltage is felt immediately, while current is retarded as it works against the magnetic field its own passage builds in the coil. If a coil and condenser are sized and selected to act with exactly opposite timingwith voltage peaking in the coil just as it reaches a minimum in the capacitorthen the circuit may never reach an electrically quiet, stable state. A bit like the sloshing of water back and forth in a tub, current and voltage can be made to chase each other back and forth, from end to end of the circuit. (An oscillator of this kind is often called a tank circuit.)

To set his oscillator "ringing, " Tesla employed sudden discharges, sparks, across an adjustable gap between two electrodes. Voltage on a capacitor builds until it reaches a level at which air in the gap breaks down as an insulator. (Precision screws set the gap clearance, so that a larger or smaller gap selects a larger or smaller breakdown voltage.)

The initial impulse is very powerfulall the energy stored over several microseconds is released in a rush, and that impulse is itself transformed to a somewhat higher voltage in passing from the primary coil windings to those of its secondary. This, of course, completes but a single cycle in the circuit's operation. The air gap restores itself as an insulator, and the capacitor begins to charge until it reaches a breakdown value once again. The whole process can repeat itself many thousand times per second.