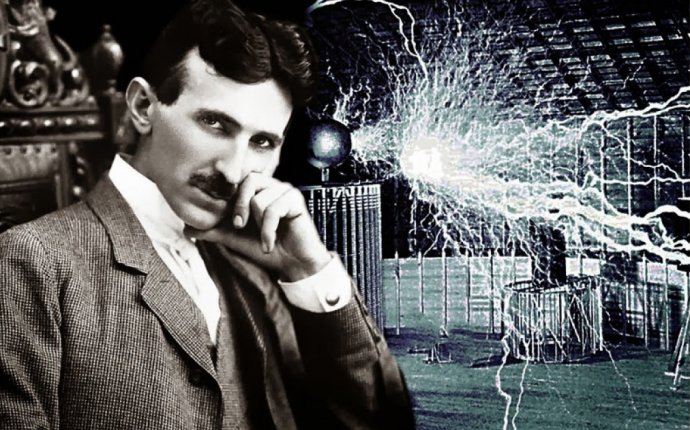 In 1891, Tesla unveiled one of his most important inventions, the "Tesla coil, " a high-frequency transformer capable of creating very high voltage at low current. He built several variations of his invention.

The most popular of his designs is made up of a transformer, capacitor, spark gap, main coil, minor coil and discharge sphere. Here is how it works: The transformer receives a charge of about 100 volts from an outside source and increases it to as many as 50, 000 volts or more. The capacitor stores the voltage until it reaches its limit, at which point the spark gap emits all of the pent-up energy in one massive outburst, surging to the main coil, which is often built out of wide copper wire, generating a powerful magnetic field. The current continues to the minor coil that serves as a transformer, utilizing the effects of the magnetic field to build enormous quantities of voltage. At this point, the electricity flows to a discharge sphere that emits the current as a stream or arc of sparks.

Although they have now been largely replaced by more modern circuitry, Tesla coils frequently show up in popular culture, most commonly in the form of high-tech guns in video games, blasting bolts of lightning at adversaries. On the big screen, a Tesla coil was used to produce lighting effects for the 1979 film "Star Trek: The Motion Picture."